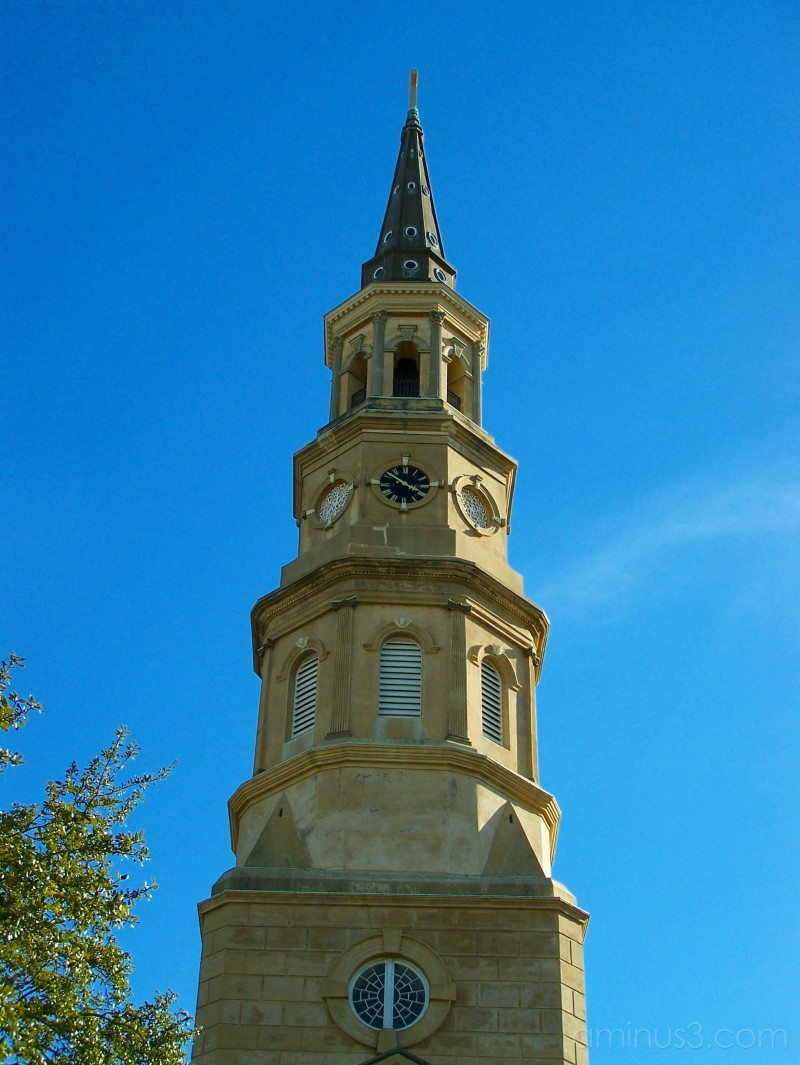 Posted by Jen (Alpharetta, United States) on 27 February 2007 in Architecture and Portfolio.

The Mother Church of The Diocese of South Carolina, Est. 1680
The church is Charleston's oldest Episcopal congregation

If you think that the picture is a little crooked, it's not, it's the church itself. In 1886 there was an earthquake in Charleston that caused major damage in the city and now the church leans to one side.

It's still a pretty tower. I love the blue of the sky!

@purelysnow: The sky was gorgeous all weekend, we lucked out! Thank you!

What a beautiful church tower/spire - well worth taking whether it leans or not. Lovely photo!

This is beautiful! I love the contrast of the sky.. Gorgeous, I can't believe I missed out.

Great history with the tower. I thought at first the image was crooked. The capture is nice and the sky is a beautiful color of blue.

@Dan Meyers: That's what I figured everyone would think.
Alot of the churches/buildings are crooked...apparently the soil liquified and the ground buckled all over the city. Thank you for your comments.

@objectif-plume: Thank you very much!

@badala: The city is filled with it!

Vahid from Bø, Norway

@kaveh: Thank you very much! I appreciate all your comments

Wow this blue sky is so vivid!

@bronzebilly u.k.: Thanks Billy!
Oh and thanks for the spooky link ; ) definitely a little weird.

Great shot Jen, I was going to bring up the "tilt" so thank you for explaining that. I agree with bronzebilly, age certainly doesn't help the posture :)

@Dawn Sutherland: I thought it was better to explain then have everyone thinking I was a little "off" LOL.
Thank you for your comments!

Nice shot..I think that earthquake messed up the sidewalks too.ha